As a taster, here’s a poem from Pauline Kirk:

This church
is not in the guidebook.

According to authority,
there is nothing of worth
on Via Nazionale.

Lorries shudder past,
fumes stain clothing shops.
Yet each day, these steps
have tempted us downwards.

With only two hours left,
we succumb, and find
a Roman basilica, sanctified:
San Vitale in Roma,
last repaired five centuries ago.

We enter a cool sanctuary,
scented and soft.
Light settles on gold;
a priest’s voice flickers.

But we are interlopers.
Silently, we retreat.

Six hours later
we are landing on grey tarmac,
on a greyer afternoon. 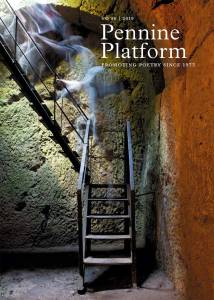